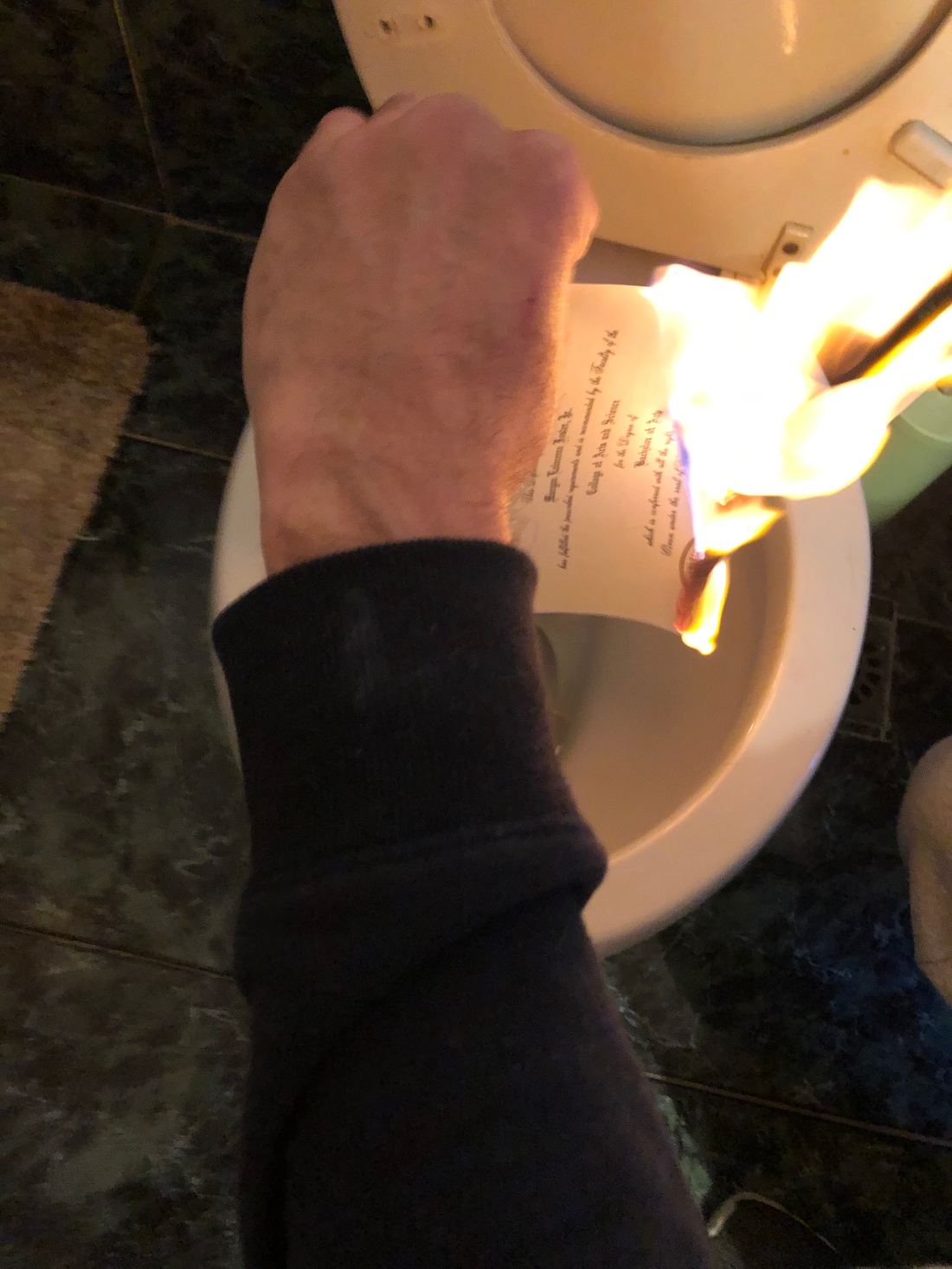 Time was when the typical university degree conferred upon its holder a status apart from that of sucker.

The formidable scholar Paul Fussell once veered off to the sideline to write a book called Class: A Guide through the American Status System, in which he made sport of the American fixation on money instead of taste as the measure of a person, and in his tow line, as I recall, he cast a cynical eye on the US system of education, which, in his view, conferred a fair amount of prestige upon a college graduate, but often at little cost in effort or thought; you could acquire a degree without learning much. I recall a reference to Ben Jonson’s “Speak, that I may see thee”, whereby Fussell claimed that he could determine from a speaker’s diction whether that person had not only attended university, but whether he or she had attended a worthwhile university.  Fussell asserted further that one could tell based on the same evidence whether the speaker’s parents had attended college.  Furthermore, the educational “attainments” of the less fortunate—fueled by the GI Bill (a laudable yet wrong-headed effort to “educate” the mostly ineducable) served simply to distinguish them in somewhat unfavorable light when these graduates of lesser colleges compared themselves with those who attended institutions worthy of the name “university.” Fussell wondered, to underscore his point, how many Harvard graduates married alums of, say, Avon University, located in Fort Lauderdale, Florida?

A bit over the top, perhaps, but I know what he meant.  As should you, if you’ve read this far.  If you have to ask what Fussell meant, well, then, you’ll never know.  Much of the population of the United States doesn’t know. They shouldn’t or needn’t know, for whose professional or social ambit includes those who speak like Ben Jonson, or even a few levels below him?  Yet, young people still accumulate mountains of educational debt chasing down degrees in subjects such as marketing science or graphic design (whatever that is), which a trade school might offer more cheaply and conveniently. Nonetheless, one would hope to receive an education at a place claiming the status of university.  Nope.  Just a lot of courses about subjects soon to be out of date, and a load of debt.

What about the institutions at the upper echelons of the US educational system, those that can boast of high scores on the absurd US News and World Report college ranking system? What sort of education do they provide? In such places, students encounter a lot of post-modernist or post-structuralist theory in the rare undergraduate course taught by a tenured professor, some real material in courses taught by adjuncts (who will likely traffic post-whatever theory if they ever get tenure, which they won’t), or indifference from overworked graduate students in discussion sections.

What student in his or her right mind would spend $200,000 over four years for a degree in history, philosophy, or literature today? That’s a lot of money to pay in order to learn how to think.  Sadly, undergraduates who do major in these fields are often told what to think in line with the most recent politically correct platform, where critical judgment of the work of protected groups is suspended to avoid hurt feelings. Some of my fellow graduate students had accumulated six-figure debt pursuing degrees in the liberal arts. Why?  Why on earth?

Meanwhile, rather than focusing on its mission, the typical university has erected at high cost fancy gyms and meal halls in an attempt to lure students–nay, “customers”–onto its grounds.  This was a subterfuge to mask the inferior educational offerings largely manned by underpaid adjuncts. And how will such an institution, such as it is, pay for all those state-of-the-art recreational facilities and exquisite dining spaces that are on the accounting books but no longer being used by students, who have been chased away by the coronavirus, and whose tuition money was supposed to pay for them? And what of the future students who won’t set foot on campus to use those facilities? Will they be willing to fork over tuition dollars to subsidize premium facilities on campuses that they may never visit, should instruction move online? The university president certainly won’t derive much succor from shrinking endowment figures and will have to locate money somewhere or preside over the sinking of the institution into oblivion.

Universities have increasingly turned to the international market for students, as the demographic pool from which domestic students is drawn dries up. These students pay full tuition, mind you, which cushions endowment figures. International students typical enter STEM fields, which reduces the significance of the battered humanities (which should teach you how to think and not what to think). The last I checked something known as the pathway program was making significant inroads into the international education market.  Such programs arrange for international students (read: Chinese) to attend credit-bearing university classes while providing them with assistance in the English language.  Their tuition-paying parents are happy because their children have acquired a badge of status by formally registering at American universities. Such students, the bulk of whom lack English proficiency and familiarity with US academic culture (read: don’t plagiarize or attempt to share answers on an exam), often founder. Pathway providers, in theory, provide English language training.  You can see where this is going. These students are thrust into classes, while simultaneously attempting to acquire the language skills that should be requisite for enrollment into such classes in the first place. I was once involved in such a charade. My organization was supposed to provide English language training to students enrolled in classes at a local university. Students with beginner-level English skills entered my office crying from frustration.  The “English” classes soon became help sessions, where trained English teachers assisted students with their assignments in whatever subjects. There’s good money in plying that trade.

In my junior year at university, at the end of the semester, my Russian literature professors bid a tearful good-bye to our class, not because he though highly of us and would miss us (though I like to think that to have been the case), but rather because he felt that he had short-changed us by not devoting enough class time to Anna Karenina. Try to imagine such an impassioned display from your computer graphics professor.

Meanwhile, the coronavirus is set to weed out large numbers of institutions that appeared after the passing of the GI Bill. The shrinking endowments–rising tuition prices—dwindling enrollments spiral has long ago doomed many of these places to extinction in the near future, in any event.  The virus is simply the death knell, and necessary.  Think about all the poor saps with PhDs who will be thrown out of work when these marginal colleges topple.  And what about the effects on the economies of college towns when the revered institutions go away?

I now ask you to ponder for a moment the value of a degree from Mount Ida College, an institution once located in Newton, Massachusetts and which went belly up in 2018. I contend that such a document possesses the same value as, say, a 1923 German Reichsmark. What was all that tuition money for?  The holder of a degree from such a place is an object of pity.

Take the wheelbarrow, leave the degree on the sidewalk.

I suppose we do, or I wouldn’t have begun this project. I will write about my favorite topics: history (especially its relevance to today–yes, even the Crusades still resonate), fiction (my own and that of others), movies, and political developments (for reasons that should be clear).

I spent the first 35 years of my life as an itinerant academic (so unfocused was I that I received degrees in mathematics, marketing, and history (twice)), after which I buckled down and taught in the ESL industry, rising up through the corporate ranks with fair rapidity until I was caught along in the waves of layoffs that broadsided that doomed industry a few years ago. My wife and I flew screaming to Uruguay, where we now live. With this last point in mind, don’t be surprised if my experience as an expat asserts itself into my writing from time to time.

Welcome! Stay a while. Y’all come back now, ya hear?